Ashley Littleton provided content for this week’s blog summarizing key findings from her work concerning how Attention-Deficit and Hyperactivity Disorder may affect clinical concussion measures. Ashley completed this work under the direction of and in collaboration with Kevin Guskiewicz (advisor), Jason Mihalik, Johna Register-Mihalik, Gerry Gioia, and Kelly Waicus.

Why did you do this study? 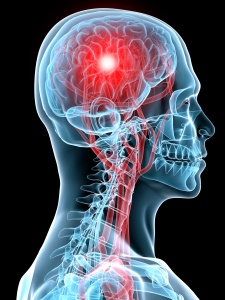 Concussions result in a number of symptoms, balance deficits and neurocognitive deficits. Current standards recommend testing athletes on measures commonly affected by concussion, prior to the start of an athletic season. Then, if an athlete sustains a concussion, he/she can be retested on the same measures and the scores can be compared to his/her baseline scores, in order to track recovery. One reason for baseline testing is to control for factors that may influence performance, such as attention disorders. One of the most common attention disorders is attention deficit hyperactivity disorder (ADHD).

About 10% of NCAA Division I athletes report a diagnosis of ADHD (Alosco, Fedor, & Gunstad, 2014). ADHD adversely affects cognitive processes, such as verbal memory, visual memory, sustained attention and reaction time. ADHD can complicate concussion diagnosis and management, because ADHD and concussions have many overlapping symptoms and characteristics Additionally, stimulant medications, which are commonly used to treat ADHD, could influence neurocognitive test scores, by reducing impulsivity. This is important as a patient’s medication status could change from one administration of the test to the next (e.g. from baseline to post-injury). If stimulant medications influence scores, clinicians must take medication status into account when interpreting scores. So for this study, we wanted to answer the questions: Do athletes with ADHD perform better on a computerized neurocognitive concussion test while taking their prescribed stimulant medication? Do athletes with ADHD perform comparable to athletes without ADHD on a computerized neurocognitive concussion test?

How do these findings impact the public?

Our findings indicate that stimulant medications improve select computerized neurocognitive measures in athletes with ADHD. Additionally, athletes with ADHD performed comparable to controls when they had taken their stimulant medication. Therefore, if an athlete with ADHD does not have a baseline test, their post-injury test can be better compared to normative data, if they have taken their prescribed stimulant medication. Clinicians should remind their patients to take all medications as prescribed prior to reporting for any type of baseline or post-injury concussion assessments, or at least take medication status into account when interpreting scores. Future research should examine the influence of other conditions, such as depression and anxiety, and different medications used to treat ADHD.